Rule No. 1: You don't kill the body you inhabit.

Rule No. 2: You should never again mention your previous name.

Rule No. 3: You don't ever talk about your previous life. Ever.

Two young men with the power to take over another body inhabit the bodies and lives of brothers Jonah and Louis. The takeover leads to a car crash, injuring Jonah's legs and forcing them to stay in the brothers' house for the time being.

The street is quiet. The neighbors aren't nosy. Everything is okay.

They are safe, for now.

Until they find a dead body in the basement.

DWELLERS is a twisting story, where two brothers fleeing something terrible end up in a situation with its own set of problems when they take over the bodies of two strangers. Tightly constructed, this winds through tense boredom and fear as Jonah and Louis try to figure out why the people they replaced have a dead body in the basement.

I love doppelganger stories, and this fits into that general type while weaving something new-to-me along the way. Part of what's so unsettling about it is that other than the mental body-snatching which brings Louis and Jonah (not their real names) into someone else's life, most of the horror is so plausibly mundane. Jonah broke his leg in the crash when he took over this life, and he's trapped inside while he waits for his (new) body to heal. Louis is technically more mobile, but their need for secrecy means that he's nearly as trapped as Jonah.

The ending is suitably ambiguous. This is a story of loose threads, mistakes, malice, and unsettled things, and the strangeness of the ending suits it well. 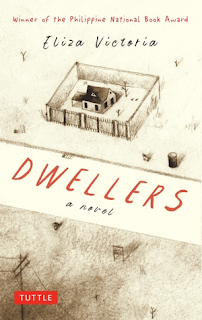