Volaria, your home away from Earth.

Humans are no longer alone; they have been joined by Arcanes, Lycans, and Vampires. It's been over a hundred years since the Earth went through The Shift. Where once almost eight billion humans lived,  the population now holds at four billion. But that wasn't the only change. No one anticipated the branching of human DNA to produce new species of humans. Arcanes, Lycans, and Vampires are hidden throughout the genome, awaiting puberty before they manifest distinctly unhuman abilities. Finally, the new species of man were welcomed. No longer studied or treated as outcasts by most. People accepted these new humans and they integrated into society, albeit not easily. This allowed the UN Government to focus on colonizing space, in order to secure a future for all.

Risks remain however, permitting a vampire to feed from you can cause shared memories. Tobin Corsian took such a risk. He resides in a newly reopened district of San Jose, California, where his family's old home stood. He lives there with his friend Mikel, a Lycan, and his dog Begger. Instead of making his mandatory monthly blood donation at the government blood bank for the vampire community, Tobin decides, with the help of his therapist, to visit Biter, a vampire spa. The spa allows vampires to feed from humans directly while providing spa and sexual services, granting the donor a three-month reprieve from their required donations. Tobin's encounter at Biter opens a window to his past and an experience he had as a child on the moon. Questions abound as he tries to unravel his past and make sense of his life.

I prefer my magic systems a bit more defined and my sci-fi to have lots of hand-waving, this felt like the inverse of both and just didn't work for me. The world-building is fairly detailed in terms of the systems and bureaucracy around the characters, in a style which draws connections to their history (our present) as touchstones. There are a lot of visual details of actions and descriptions which give a sense of setting and specific body language, leaving room for the reader to infer emotions of secondary characters (and occasionally the main character). It's a combination of narrative styles that I've encountered before and which rarely work for me, it didn't fit in this case, so I'm stopping. 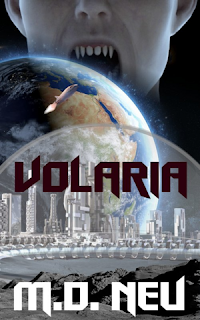