Surrender Your Sons by Adam Sass

Connor Major's summer break is turning into a nightmare.

His SAT scores bombed, the old man he delivers meals to died, and when he came out to his religious zealot mother, she had him kidnapped and shipped off to a secluded island. His final destination: Nightlight Ministries, a conversion therapy camp that will be his new home until he "changes."

But Connor's troubles are only beginning. At Nightlight, everyone has something to hide--from the campers to the "converted" staff and cagey camp director--and it quickly becomes clear that no one is safe. Connor plans to escape and bring the other kidnapped teens with him. But first, he's exposing the camp's horrible truths for what they are--and taking this place down.

As a queer person this was hard to read at times, and I appreciate that this a thriller set at a conversion therapy camp over a few days rather than being a longer saga set at the camp. I like the narrative balance between events at the camp and the summer leading up to it. As a thriller it’s pretty effective, I was genuinely surprised by some of the reveals at the end. When everyone running the camp is terrible by virtue of being someone who would run a conversion therapy camp… that makes for a believably large suspect pool and a compelling mystery for the protagonist to solve.

One thing which bothers me about the plot is that the central mystery is what happened years before to a character who is disabled in the present and dies shortly after the story begins. It's a mystery that could have been solved by the disabled person communicating at all with Connor earlier than when he did... instead of the actual method which relied on him dying in order for the information to be passed. It used the disabled character, Ricky, as a catalyst for how the reader enters Connor's story, and as part of the motivation for Connor's actions, and once it does begin focusing on him it's by necessity through other people's perspectives, or through things he left behind. On the other hand, part of the point is that Ricky's autonomy was impeded and his disability was caused by something related to the camp that Connor is now trying to escape, so it's just as possible that this dismissal of Ricky is on purpose, as part of the evil stuff that's happening. I'm not sure what to think about it. 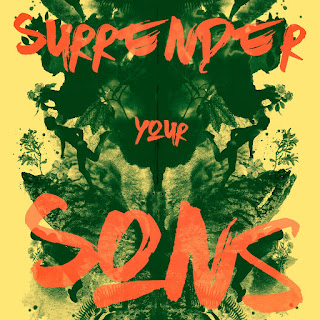