Set on a family-run interstellar freighter called the Harland and a mysterious remote space station, E. K. Johnston’s latest is story of survival and self-determination.

Pendt Harland's family sees her as a waste of food on their long-haul space cruiser when her genes reveal an undesirable mutation. But if she plays her cards right she might have a chance to do much more than survive. During a space-station layover, Pendt escapes and forms a lucky bond with the Brannick twins, the teenage heirs of the powerful family that owns the station. Against all odds, the trio hatches a long-shot scheme to take over the station and thwart the destinies they never wished for.

This is a trans-affirming sci-fi book with a premise revolving around someone who has the ability to (in certain contexts) manipulate genetics. It's lovely to read something that doesn't try to "fix" the trans character, but finds other solutions for the in-universe problems caused by their chromosomal situation. It's similarly understanding and cathartic around issues including but not limited to neglect and food restriction. The tagline is "There's a fine line between survival and cruelty", and the overall arc is of someone who was raised under the claim of survival-driven scarcity, slowly, in a zone of love and abundance, untangling which parts of her upbringing were actually just cruel.

Major pieces of backstory and world-building are conveyed in a series of well-described but pretty dense infodumps, one at the very start and a few more sprinkled throughout the rest of the text. They felt a bit clunky but were sufficiently brief as to keep from being overwhelming. The overall effect works well and I love the main characters.

From the book: “This book contains a scene of medical violence. Characters also obsess about food and count calories.” 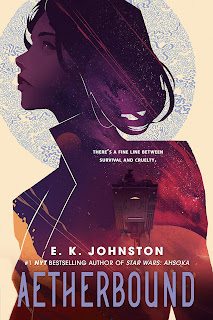