In ancient Scotland, a tyrannical new lord of the herd plans complete dominion over the animal world, but deer lore promises a hero, who has a unique bond with all creatures, including man, and who will ignite an epic battle and free the herd forever.

I loved this book as a kid, and I agree that it's appropriately marketed as children's' fantasy. It's a similar kind of book to the Redwall series, starring anthropomorphized animals serving as allegories for themes ranging from sexism to genocide to fascism. I could see an argument that it's not trying to be an allegory because the story also has humans with their own particular role, but since I'm pretty sure no deer has tried to implement fascism, I think the antagonists' methods and goals firmly move this into allegorical territory, or perhaps fable-as-warning.

The narrative arc is solid, the prophecy is simultaneously foreshadowing and motivation, and there's a significant amount of attention and agency for the female characters. Heck, there are several bucks who would have been in the spotlight in most other books, but instead there's a lot of attention paid to Willow (and a decent amount of narrative for Peppa). Rannoch learns about the existence of other kinds of deer where the females also have antlers, but they're never depicted and the mentions serves mostly to have Rannoch learn that there's more to the world than he knew before. When there is a herd where the hinds are in charge, it's treated as a bad thing (yes, they are doing something that is pretty bad, but even then their power is in service to a hidden male herd and now we're back to the hinds not actually having power).

There's enough detail on the (rather large) cast to make each of their personalities memorable, but as they grow the focus narrows to Rannoch, Willow, and somewhat Bankfoot (plus various older deer as necessary), this keeps the story moving and works well overall. There are occasional infodumps about the history of Scotland, where this is set, and even though they do bring the story to a screeching halt most of the time I did enjoy them. They're pretty brief and serve to imply a grander scope to this story which takes place canonically over a decade and a half since it has to fit within the lifespan of a single deer.

Something that was consistently frustrating for me is the fatphobic obsession with Bankfoot’s size. It doesn’t make sense for the other fawns to have made fun of him for being fat, since as a deer, being well-fed should be a good thing. It shouldn’t be seen as bad for humans either, but given that it often is, I can only guess that human-centric fatphobia underlies this story. It means this details is both fatphobic and nonsensical in the world of the story, and since this same character has a stutter he later mostly grows out of as a matures, I'm torn between seeing this as a (still fatphobic but possibly not ableist) portrayal of a kid who is bullied for not fitting in and then still grows up to be heroic and important... or just a way of putting uniquely human problems into a character who is a deer, in a way that doesn't actually serve the story but just shames kids reading it who might see themselves in him. I'm really not sure which one it is, since no part of "body shamed until you grow out of it with no actual intervention or effort" is just fatphobic.

As for the main villain... he's is a disabled deer who resents being disabled. He's just disabled enough for the bucks to discount him and for him to have difficulty finding mates... but still able to orchestrate a genocide. To me this is the worst of both worlds. You can have a villain who is disabled and also is a villain, but there's a direct link between his disability and his villainy whose only saving grace is that it's not a disability that could be shared by a reader (except through the lens that all humans are hummels). There's gender essentialism all throughout, since he's seen as less than a stag (the narrative skirts the edge of transphobia without actually falling in) and there's very little consideration given to the hinds who are forced to mate with him, except to note that they exist.

I enjoyed this as a kid, but I don't recommend it now. 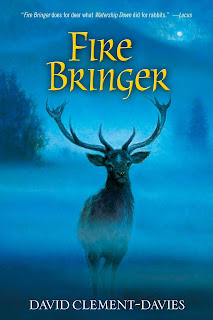