Connor and Lev are on the run after the destruction of the Graveyard, the last safe haven for AWOL Unwinds. But for the first time, they’re not just running away from something. This time, they’re running toward answers, in the form of a woman Proactive Citizenry has tried to erase from history itself. If they can find her, and learn why the shadowy figures behind unwinding are so afraid of her, they may discover the key to bringing down unwinding forever.

Cam, the rewound boy, is plotting to take down the organization that created him. Because he knows that if he can bring Proactive Citizenry to its knees, it will show Risa how he truly feels about her. And without Risa, Cam is having trouble remembering what it feels like to be human.

With the Juvenile Authority and vindictive parts pirates hunting them, the paths of Connor, Lev, Cam, and Risa will converge explosively—and everyone will be changed.

UNSOULED is where the many plot threads of the first two books run as quickly as they can for one last tangle before what promises to be a pretty climactic final story. It moved too strangely for me to like it overall but I am pleased with the narrative turn it makes and I will be finishing the series after this.

The thing that kept me reading was Starkey as an antagonist and Connor as a well-meaning but deeply flawed protagonist. Connor's continued journey to make peace with having Roland's arm and eye are both their own struggle and a catalyst for him to understand and externalize other issues.

Connor, Lev, and Risa are still the core of the series. I appreciate some of the more complicated perspectives like the parts pirate, Starkey, and Archie. I like Gracie and I’m mostly happy she’s a character but I’m not sure I like how she’s portrayed. She's repeatedly referred to with ableist language about assumed cognitive deficiencies, but she turns out to be very good at games and strategy. It comes off overall as a well-meaning but indelicate portrayal of an "idiot savant" character, specifically one that fits a stereotypical but positive depiction of an autistic person, and I can't decide whether that's a good thing. She seems unintelligent at first but actually is good at... whatever kind of interpersonal or strategic thing she needs to be able to do in order to keep the plot moving. I like her as a character, but at times her insights take the place of actually developing the clues in the narrative. Rather than have the dialogue where the characters work through something, she cuts right through it with insight that might as well be laser-guided to make sure the reader learns something the text might not quite have given the clues for yet.

I don't like Cam. I feel comfortable with this because I think it's hard to like Cam, Connor, and Risa all at the same time and I only have room for Connor and Risa. Cam is as much of a victim as any of the kids, but I found myself irritated by the way that he kept conveniently having as part of himself practically any suddenly important minor character that was relevant to the story.
character relationships - I wish I had more of a handle on what’s going on with Risa. She hasn't seen Connor in a while and was unwillingly paired with Cam, but now is mostly on her own. The main thing that characterizes the relationships in this series generally and the series in particular is that they're complicated webs where through searching and coincidence characters know each other or know someone who knows the person they just met. It makes the world feel small in a way, that is just loose enough for coincidence to feel plausible, but dense enough that at this point when they meet someone new they're not actually new. That made Archie and Gracie good additions as genuinely new characters who aren't like the established ones.

The worldbuilding style definitely assumes the reader has already read the first two books and doesn’t need most of the specific terms explained. They’re pretty easily picked up from context, but I definitely recommend reading the series from the start and not trying to jump im here. There’s a section where Risa thinks about her past in a way that helps fill in some major plot events, and there are so many point-of-view characters that when new combinations of them interact their discussions can serve as mini recaps of prior events. The propagandist advertisements interwoven with the chapters help to establish what is changing politically around the main characters as they navigate their own pieces of this fraught existence. They combine to build the horrifying picture of a society which has decided that since Unwinding worked so well for one collection of problems that it might work for some more, in what becomes an ever more complex tangle of ways to murder the undesirable or inconvenient and claim they’re not actually dead. Alongside this “when you have a hammer, everything is a nail” approach are a plethora of groups who have fundamentally transformed their lives in some way in relation to unwinding. The previous books looked at Tithing and Clappers, and this one gives a better look at Rewinders (recipients of a Unwound’s parts who decide to live together in a community).

This wraps up some things left hanging, including a detail back from the first book for which I hadn’t expected closure. As book three of four, this attempted a new storyline but it does it in a way that acts like it had deeper roots than it did. This introduced a bunch of things and resolves several others, but the Arápache storyline comes the closest to being introduced and resolved. Because of its pause point, though, I'm pretty sure it's not actually closed. It left a pretty big thing for later, wrapped in ribbon and draped in a neon sign shrieking "this will show up in the final book!" There's a very large cast and their voices are generally distinct, though it definitely helps that the chapters are named for the current narrator. I think the returning narrators are consistent with their previous incarnations, but honestly there are so many narrators that I'm not sure. If somehow you're reading this and trying to decide whether this is a good starting point for the series... it's definitely not. Not only is it better to start with the first book, but this one will be pretty confusing if it's your introduction to the world of Unwind.

It introduces and partially resolves the Arápache storyline, but while normally I'd like that I'm frustrated by how it was carried out. I’m a bit torn over what to think about it.. Including deliberate reference to and then a long sequence involving Native Americans works well overall, and it shows how the United States' decision to enact unwinding would affect other groups within its borders. For that, I like it. Where it was confusing is that in order to get the kids into the Rez, they add a previous stay there into Lev’s backstory. Since what he did in between being separated from Connor and Risa and arriving at the Graveyard in the first book isn’t fully explored, this attempts to fill in some of that blank space with a stay and some pretty dramatic backstory that makes their current visit both possible and tense. It didn’t work for me, and prompted me to check that I was reading the right book and hadn’t accidentally skipped one, since it seems bizarre that such a transformative event wouldn’t have been mentioned earlier. It makes it feel like a thing set up only once this turned into a series, and the overall effect is awkward. It then uses it to secure a pivotal plot point and that goes okay, but overall I'm dissatisfied.

This is the penultimate book in the main series, and it shows, for good or ill. It dragged in the middle and I almost didn't finish the book. The ending was better, enough for me to actually finish it, but it was overly complicated. I liked a lot of moments, and I appreciate the dastardly characters and the morally complex world, but I think overall I didn't like this particular book in the series. 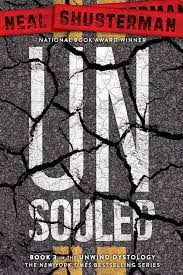