Her voice was her prison…

In a world where magic is sung, a powerful mage named Cadence has been forced to torture her country's disgraced nobility at her ruthless queen's bidding.

But when she is reunited with her childhood friend, a noblewoman with ties to the underground rebellion, she must finally make a choice: Take a stand to free their country from oppression, or follow in the queen’s footsteps and become a monster herself.

RUINSONG is a slow burn sapphic tale of falling in love under brutality, and daring to hope for a better future even after being groomed into complicity. The opening chapters are brutal, slowly but inexorably describing a reign of death and torture in which a powerful queen demands complicity and service in exchange for life. The plot is at least 90% slowly inching towards maybe doing something concrete about it while an ever escalating series of discomforts befall the main characters, then the ending is very dramatic and sudden. I refer it to a series of discomforts because the worst stuff happens around Cadence rather than to her (very early on bad things happen to Remi and then keep happening). There's a sense (usually backed up by dramatic asides and tales of woe) that much worse things are constantly happening somewhere to somebody, but since they aren't literally happening to Cadence she's been reluctant to try and change things. I don't have a great sense of what the revolutionaries want other than to not be tortured and killed by the Queen (this is, admittedly, a very sound basis for a revolution so it's okay that other demands aren't a focus of the narrative). I think that I personally prefer books with more specific political intrigue with their revolutions, but that's not what this book is trying to be. The romance is slow burn, since Remi and Cadence don't feel free to do much of anything, let alone broach the topic of being girls who like girls. It barely feels safe for them to be friends, since Remi's very proximity is being used to control Cadence.

The worldbuilding is fine, it's not very complicated because the story invests its detail in the Queen and the two girls, and the people around them. One thing this portrays very well is emotional abuse and manipulation, and the way that a combination of threats plus unpredictable enforcement can be used to break someone down and make everything feel pointless. The story is about whether Cadence will finally have something that it's worth standing up for, and I appreciate how the story shows why she didn't fight for things before. Even if her reasons seem silly or you can imagine yourself doing more in her shoes (some of her fellow characters think they might have done more), the characterization is so well done to explain why she hadn't before, but without excusing what she's done and continues to do. 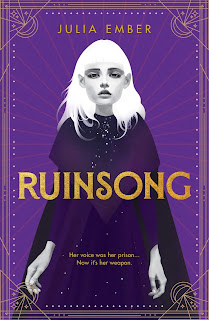