The Descendants meets Pretty Little Liars in this story of four troubled friends, one murdered girl, and a dark fate that may leave them all doomed. Reimagined fairytale heroines must uncover connections to their ancient curses and forge their own paths… before it’s too late.

After the mysterious death of their best friend, Ella, Yuki, and Rory are the talk of their elite school, Grimrose Académie. The police ruled Ariane’s death as a suicide, but the trio are determined to find out what really happened.

When Nani Eszes arrives as their newest roommate, it sets into motion a series of events that no one could have predicted. As the girls retrace their friend’s final days, they discover a dark secret about Grimrose— Ariane wasn’t the first dead girl.

They soon learn that all the past murders are connected to ancient fairytale curses…and that their own fates are tied to the stories, dooming the girls to brutal and gruesome endings unless they can break the cycle for good.

THE GRIMROSE GIRLS depicts three girls wrestling with grief and piecing together the ragged edges of their lives after their friend dies and a newcomer is placed with them.

I love remixes and retellings, and this fairy tale boarding school uses the more tragic iterations of the various tales simultaneously as plot and motivation. It was fun to try and figure out who the various characters were and what that might mean for the story. I appreciate that this emphasized the archetypal nature of these stories, where tales like Cinderella have parallels under other names around the world.

I like the worldbuilding and the cast of characters. I was wondering how the story was going to square the girls' in-universe understanding of fairy tales with the parallels they were noticing, but I like how it's handled. Where this really shines is in its portrayal of the complex dynamics between the remaining three girls and their new fourth after Ari dies. The rotating perspectives kept the story moving and showed the very different ways the four main characters think about past and current events, including their differing understandings of who Ari was and what she meant to them individually and to the group as a whole.

The main plot gets wrapped up but the overarching investigation/mystery has a lot more room for the series to continue. It's a good narrative balance since I have closure on the most important things while also having an idea of what they need to figure out next.

Minor spoilers to follow. There's a character who seems to straddle roles across several stories, two for sure and a third by my best guess. I like the feeling this generates, but I wish it happened more clearly for other characters as well. Part of why it feels strange is that when the canonically transgender character is given the story roles of Beast to another character's Belle and also names herself Swan in a purposeful reference to the Ugly Duckling, it made that portrayal feel strange, like she could only exist in context with perceived monstrosity. It definitely seems like it's trying to be a good or respectful portrayal of a trans character, and I think it mostly succeeded (especially with how her side role as Beast plays out). My main issue with it is that it used her so much in story beats that relied on her transness or her past experiences of transphobia that I don't have much of a sense of her beyond the coy and slightly abrasive trans girl. I like her and I'm glad she's there, but this definitely wasn't her time to shine.

A great remix of some classic tales, I'm excited to see what the sequel brings! 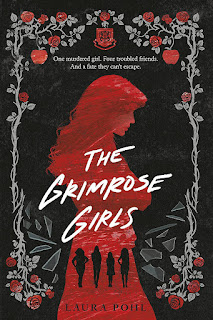