Fifteen-year-old Jack Bishop has mad skills with cars and engines, but knows he’ll never get a driver’s license because of his epilepsy. Agreeing to participate in an experimental clinical trial to find new treatments for his disease, he finds himself in a completely different body—that of a girl his age, Jacqueline, who defies the expectations of her era. Since his seizures usually give him spazzed out visions, Jack presumes this is a hallucination. Feeling fearless, he steals a horse, expecting that at any moment he’ll wake back up in the clinical trial lab. When that doesn't happen, Jacqueline falls unexpectedly in love, even as the town in the past becomes swallowed in a fight for its survival. Jack/Jacqueline is caught between two lives and epochs, and must find a way to save everyone around him as well as himself. And all the while, he is losing time, even if he is getting out of algebra class.

THE UNINTENTIONAL TIME TRAVELER is an exploration of love, identity, and gender through mental time travel. The rules of this particular version are that Travelers can affect the times they visit, but there’s no time machine involved. Jack/Jacqueline uses he/him and “Jack” for himself throughout the majority of the text, even when jumping bodies, so I will do the same for simplicity’s sake.

The worldbuilding was both detailed and slow to make sense, the timeline weirdness meant that I didn’t totally understand what was happening until about halfway through. This is perfectly fine (and almost required) for this kind of time travel story and overall it works very well, especially towards the end. I like Jack, especially when he's dealing with showing up in his future just to find out that some iteration of him had behaved very differently than what he would do himself. I like the ending, it's a good solution to the problem and it's achieved rather elegantly.

I am disappointed that, seven years after its publication, there don't appear to be any sequels, because the ending definitely is trying to set up that they'll have more time travel adventures to follow in future books. I'm writing this review in 2021, so it's possible that this will change but I'm not hopeful right now. 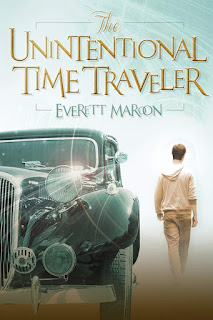