Yadriel has summoned a ghost, and now he can't get rid of him. When his traditional Latinx family has problems accepting his true gender, Yadriel becomes determined to prove himself a real brujo. With the help of his cousin and best friend Maritza, he performs the ritual himself, and then sets out to find the ghost of his murdered cousin and set it free.

However, the ghost he summons is actually Julian Diaz, the school's resident bad boy, and Julian is not about to go quietly into death. He's determined to find out what happened and tie off some loose ends before he leaves. Left with no choice, Yadriel agrees to help Julian, so that they can both get what they want. But the longer Yadriel spends with Julian, the less he wants to let him leave.

Cemetery Boys is one of my most gloriously happy things I've read in a long while. It delights in its spookiness, celebrating life while giving enough space to mourn when needed. I just want to hug them all, reading this book feels like being part of their joy.

I love everything about this book. I needed to read something positive right now and this took my breath away with how reassuring and celebratory it is. The MCs are working through some very tough things (one of them is a ghost, after all) but they build each other up in a way that has this wonderful oscillation where they're almost never sad at the same time and they keep helping each other and making things better. It's the right amount of spooky, extremely affirming

And that's before the ending, the truly amazing ending that I won't spoil, I don't dare. It just wraps up everything so perfectly in a way that fits with everything that came before while still blowing me away.

Usually when I'm reading a book that comes so highly recommended there will be some moment, some turning point where something clicks and I understand what's so wonderful, why everyone's talking about it at a level beyond just being written well. In this book that happened more than once, first early on as I was getting into the book, then again towards the end (that fantastic ending). The characters are great, with distinct narrative voices and solid personalities; I love the plot, it felt like I knew what was going on, what the goals were, and where the story was taking me, while still having room to be surprised in great ways; and the setting is sketched in way that gives me a feeling of how the spaces are connected to each other without bogging the story down in exact geographic detail. 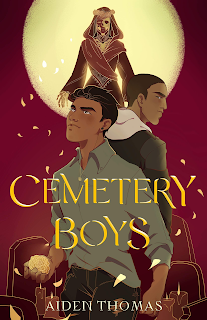