After her mother dies in an accident, sixteen-year-old Bree Matthews wants nothing to do with her family memories or childhood home. A residential program for bright high schoolers at UNC–Chapel Hill seems like the perfect escape—until Bree witnesses a magical attack her very first night on campus.

A secret society of so called “Legendborn” students that hunt the creatures down.

And a mysterious teenage mage who calls himself a “Merlin” and who attempts—and fails—to wipe Bree’s memory of everything she saw.

The mage’s failure unlocks Bree’s own unique magic and a buried memory with a hidden connection: the night her mother died, another Merlin was at the hospital. Now that Bree knows there’s more to her mother’s death than what’s on the police report, she’ll do whatever it takes to find out the truth, even if that means infiltrating the Legendborn as one of their initiates.

She recruits Nick, a self-exiled Legendborn with his own grudge against the group, and their reluctant partnership pulls them deeper into the society’s secrets—and closer to each other. But when the Legendborn reveal themselves as the descendants of King Arthur’s knights and explain that a magical war is coming, Bree has to decide how far she’ll go for the truth and whether she should use her magic to take the society down—or join the fight.

Legendborn reckons with deep grief, processing personal and generational trauma. It's also an adventure, a discovery, with exhilarating battles and heart-pounding danger. A dizzying blend between long-needed closure and still-bleeding edges; soothing and deeply satisfying.

As a retelling, I love it. It takes the Arthurian mythos and brings it into the modern era in a way that pulls it through the intervening years, the generations. It contextualizes the history that must have happened in order to arrive at the present moment with an incredibly white and monied secret magical legacy intact. As a new novel that builds a fantastic world on the bones of our own, stirring legends and history together and fixing them into a new form, I love it even more.

The characters are great. There are some world-building sections that tend a bit towards info-dumps early on because there's a lot to explain, but the way they're conveyed builds a sense of just how much information the MC is trying to learn and act on in a very short amount of time for her own survival. I love long nerdy explanations of minutiae, especially of magic systems in fantasy, and this has just enough of that to make me happy without it ever feeling too dense. They don't slow the story down and they helped with immersion in the world. The later parts of the book feel lighter and move faster once those explanations are out of the way, but I definitely want to re-read to catch even more now that I know the ending.

Partway through reading this I said that in order for something to be my perfect book it would need to be a retelling with a heist, or a heist that added space or magic. Dear audience, fellow lovers of heists and heist-adjacent tropes. This book has a heisty scene. If you don't care about heists, that scene does a bunch of great character-work and is fantastic on other merits. But I have found my retelling with a heist, and so I have an extra thing to be happy about in this book.

I've barely finished reading and I already need more. The narrative is layered, with things I can tell will be fascinating in a re-read whenever I get the chance. The only thing I want that I didn't get is more book, I didn't want this to end, but a sequel has been planned and so I'll just have to wait. 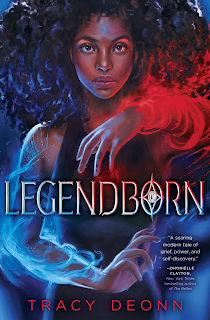