A story of the slow slide into a horrible situation, beginning with tiny misgivings and growing into something traumatic and terrible. Brilliantly paced, and told with immense care for its readers, Grown should be the next book you read. Take care of yourselves.
There is so much care for the reader in how this book is structured, the wording used, the way the story unfolds... everything comes together to make crystal clear what happened without dragging the reader through every single terrible thing that happens. The opening chapter is brilliant, it establishes the stakes and her cognitive dissonance. Beginning with a snapshot of the way the "relationship" ends was an excellent choice because it contextualizes the main story in a really important way. This book is about a man using his power to control and abuse a teenage girl, it's not a romance, it's not a love story; and while I knew that going in, I'm very pleased with the way the book makes that clear from the start, even in the part of the story where things haven't gotten bad yet. I say "yet", but really it was bad as soon as he told her to keep their text messages a secret (which is almost as soon as they meet).
This was such a fantastic use of the "unreliable narrator" trope because, in my opinion, it really encapsulates the difference between being unreliable and just not being believed, which is (unfortunately) a conversation that is all too common in situations where powerful men abuse vulnerable women. Other gender combinations are possible in abusive situations, but there's a particular societal vitriol for this very common scenario; simultaneously acting like it's so common it's not worth being worried about (e.g. "what else did they think would happen?"), and like it's so rare that it couldn't possibly be what's really happening in any individual instance (e.g. "that person is so great, they couldn't possibly be an abuser").
I love everything about this book except that we live in a world where it's relevant, and that just makes this even more important to read.
CW for emotional abuse, sexual abuse, rape, assault, child abuse, kidnapping, addiction to opioids, and death.
Bookshop Affiliate Buy Link 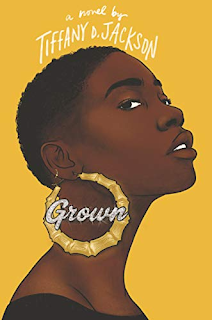