Princess Guinevere has come to Camelot to wed a stranger: the charismatic King Arthur. With magic clawing at the kingdom's borders, the great wizard Merlin conjured a solution--send in Guinevere to be Arthur's wife . . . and his protector from those who want to see the young king's idyllic city fail. The catch? Guinevere's real name--and her true identity--is a secret. She is a changeling, a girl who has given up everything to protect Camelot.

To keep Arthur safe, Guinevere must navigate a court in which the old--including Arthur's own family--demand things continue as they have been, and the new--those drawn by the dream of Camelot--fight for a better way to live. And always, in the green hearts of forests and the black depths of lakes, magic lies in wait to reclaim the land.

Deadly jousts, duplicitous knights, and forbidden romances are nothing compared to the greatest threat of all: the girl with the long black hair, riding on horseback through the dark woods toward Arthur. Because when your whole existence is a lie, how can you trust even yourself?

With a narrative that feels like it tossed aside an opportunity for a truly cool trans guy character in exchange for yet another "woman dresses as a man in order to fight" story, THE GUINEVERE DECEPTION presents (cis) female triumph as "doing things (cis) men can't do". It's a well-supported and cohesive story as long as you're fine with the story being that men are bad and women have to pick up all the messes because they're the only ones who can be competent without being evil.

Guinevere (not-Guinevere but there's nothing else to call her) is an artfully crafted protagonist, conscious of her lack of agency even as she makes what choices she can. The thing is that even when she makes decisions, she only makes whatever ones the men didn't take care of first. It's a narrative that tries to frame her as beginning with little agency, and then slowly claiming more. The thing is that her big triumphant moment at the end is doing what she was shaped (by men) to do. Maybe this will get developed later on in the series, but there are bigger issues for me.

I thought at first that maybe Guinevere could be asexual, based on how she and Arthur spoke about their relationship early on. The problem is that since she's young enough that she has her first period during the story and seems to have little to no understanding of what sex is other than that there's some thing more Arthur might want to do with her. Merlin (in Guinevere's backstory) controlled what information she has and gave he what he thought she needed to know, sending her to be a bride without any understanding of what is euphemistically encompassed by a "wedding night". This makes the moments that could be read as ace characterization feel like exploitation of a child instead. Unless I missed something her exact age isn't given, though Arthur is implied to be youthful while also old enough to have a sexual past of his own. This fits the historical context, but I'm more unnerved by it being shown through implications, like I had to piece together just how young and exploited she is.

I mostly enjoyed the story, until I realized it was so committed to the idea that "men are bad, actually", that it does a disservice to one of its characters in a way that was frustrating and makes for a worse story. There's a masked character (knight who always has the helmet on) who is assumed to be male and is treated as such, but as soon as Guinevere finds out this character is female under the helmet, she begins treating the character accordingly. There's even a moment where, when disguised as a woman, this character says they've never felt right in clothes like this. Every bit of characterization screams some variation of trans-masc (I won't fuss over labels but they're definitely not a cis woman), except for how Guinevere thinks about them. It felt like the protagonist was persistently misgendering a character she likes very much, even though the text didn't seem like it was doing it on purpose. The narrative also focuses on how the parts of Arthur that make him a good king make him a bad husband (one cannot be loyal above all else to both a kingdom and a spouse). That, to me, was a very cool and insightful blend of characterization and storytelling, but formed part of this broader picture where by the time I got three-quarters of the way through, Mordred looked like the only good and effective male character (and if you know anything about Arthurian stories, you know it's trouble when Mordred looks like the only good one). It then further conflates "man" (i.e. male people) with "Man" (i.e. humankind) in the bad guy speech about humanity as a curse. By conflating maleness with humanity, and humanity with malice, then having a cis woman save the day in spite of both, it implicitly places womanhood outside of the corruption of humanity in a way that unsettles me. 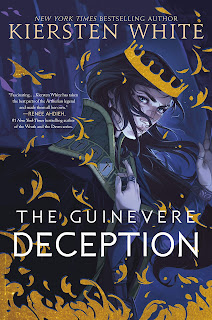 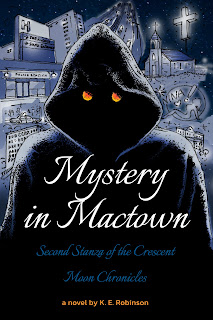