The dead of Loraille do not rest.

Artemisia is training to be a Gray Sister, a nun who cleanses the bodies of the deceased so that their souls can pass on; otherwise, they will rise as spirits with a ravenous hunger for the living. She would rather deal with the dead than the living, who trade whispers about her scarred hands and troubled past.

When her convent is attacked by possessed soldiers, Artemisia defends it by awakening an ancient spirit bound to a saint’s relic. It is a revenant, a malevolent being that threatens to possess her the moment she drops her guard. Wielding its extraordinary power almost consumes her—but death has come to Loraille, and only a vespertine, a priestess trained to wield a high relic, has any chance of stopping it. With all knowledge of vespertines lost to time, Artemisia turns to the last remaining expert for help: the revenant itself.

As she unravels a sinister mystery of saints, secrets, and dark magic, her bond with the revenant grows. And when a hidden evil begins to surface, she discovers that facing this enemy might require her to betray everything she has been taught to believe—if the revenant doesn’t betray her first.

VESPERTINE is a bloody tale of revenants, reluctant saints, and unlikely allies in a world where the dead walk.

I like the banter between Artemisia and the revenant. This is one place where the audiobook narrator's performance really shines, as it enhanced an already excellent story by making the revenant's voice pitch perfect for its characterization. Their conversations sometimes feel like banter while staying generally appropriate to the seriousness of each new situation. I was worried that Trouble (the bird) would be a gimmicky animal sidekick, but his appearances are brief and important. He has enough of a presence to keep his few contributions from coming out of nowhere, and his relatively few appearances keep the narrative from feeling like a comedic trio of possessed, possessor, and animal friend.

The worldbuilding is filled in gradually, starting with Artemisia’s incomplete understanding of the history of her home and the forces at play, then gradually filling in as she learns from the revenant and tries to stay alive.

The way this handles trauma, mental illness, and disability in the narrative is pretty great. It's a world where magic is real and very present, but while magic completely dispels some ailments it's not treated as a cure-all. Artemisia has burn scars on her hands which affect her daily existence. The way her hands healed affects her motor skills and ability to sense things like temperature. She still has panic attacks and various levels of mental distress when triggering events occur. There's a minor character who is deeply traumatized by an unrelated experience with possession, and even the revenant has a phobia borne of trauma. It's a world filled with undead, death, and violence, and the way that all the characters are either explicitly or implicitly traumatized accordingly helps it feel cohesive in a way I hadn't expected but very much appreciate.

The plot builds slowly, focusing more on Artemisia's efforts not to get caught once she has the revenant, then gradually she ends up in a position to do more with the information which became available to her. It has great "accidental hero (saint)" vibes with a plot that backs that up. 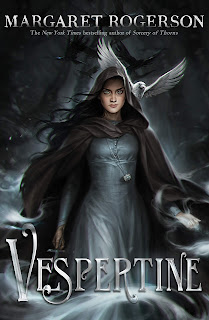