A dark, twisted, unforgettable fairy tale from Elana K. Arnold, author of the National Book Award finalist What Girls Are Made Of

The rite has existed for as long as anyone can remember: When the king dies, his son the prince must venture out into the gray lands, slay a fierce dragon, and rescue a damsel to be his bride. This is the way things have always been.

When Ama wakes in the arms of Prince Emory, she knows none of this. She has no memory of what came before she was captured by the dragon or what horrors she faced in its lair. She knows only this handsome young man, the story he tells of her rescue, and her destiny of sitting on a throne beside him. It's all like a dream, like something from a fairy tale.

As Ama follows Emory to the kingdom of Harding, however, she discovers that not all is as it seems. There is more to the legends of the dragons and the damsels than anyone knows, and the greatest threats may not be behind her, but around her, now, and closing in.

“You shall have to learn for yourself, I suppose,” he said, grudgingly, “that wild beasts are not meant to be tamed.”

DAMSEL is a fable of a prince, a dragon, a princess, and her Sorrow. It is languid, methodical, and unsubtle in its metaphors in a way that wraps all the way around to making it difficult to discuss without spoiling the plot.

This is an extended, decently layered metaphor for a bunch of things related to sexism, misogyny, and ideas of cis women in relation to cis men. Given the particulars of the Ama's characterization, it feels like she's someone who isn't a cis woman but is being forced to behave as though she is. That is literally what's happening, in one sense, but I can't tell whether the book is engaging with ideas of queerness or if this very long metaphor for a woman's role in relation to men is missing ideas of queerness entirely. In one very important sense, Ama is not a woman, is not attracted to men (or at least is not attracted to Emory), and is being made to behave as if she is a woman who likes men. She must fulfill her role in order to support Emory in his role, where that someone does what she is told to do is essential, but the very fact of her being the one to do it is completely irrelevant. Her station matters but her personhood does not, as far as everyone around her is concerned.

In order to save her wildcat's life from her king's wrath, Ama must tame her, removing those qualities which make Sorrorow (the wildcat) so fierce and vibrant. The more Ama learns what is and will be required of her, the more she tries to find a way out, some other option which will let her be happy.

I like the audiobook narrator, this was a good performance which helped the story flow easily. My favorite part is Ama's project towards the end of the story.

There are some pretty explicit discussions of sex but they use antiquated terms for everything, in keeping with the vaguely medieval setting. I was able to guess the ending reveal ahead of time. Part of that is the way it's coy but not subtle. At the end my reaction is kind of meh. I liked it, but its bluntness meant I wasn't waiting to find out happened. Instead I was waiting for it to get where I already knew it was going. That can be fun, but I thought it would have more to it in the end. 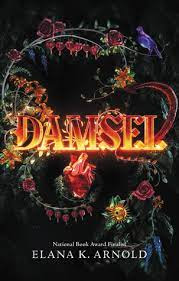