In the world of The Minority Report, Commissioner John Anderton is the one to thank for the lack of crime. He is the originator of the Precrime System, which uses precogs—people with the power to see into the future—to identify criminals before they can do any harm. Unfortunately for Anderton, his precogs perceive him as the next criminal.

As a controlled dose of strangeness and unsettling feelings I heartily recommend this. It's a 1950's vision of a bunch of pretty strange futures filled with invasions, aliens, and the strange insistence that calling the planet "Terra" will somehow disguise the fact that it's definitely meant to be some version of "Earth". The titular story, “Minority Report” is only lightly related to its various film adaptations, at once more nuanced and interesting, making it easy to see why science fiction keeps pulling PKD's work for adaptation.

I read PKD when I want to feel a bit paranoid, a bit off-kilter. Paranoia and unreality suffuse his work, and this is no exception. This of course comes with the caveat that if unreality, paranoia, or "the creeping sense that maybe everyone (or at least a lot of people) are lying to you" is going to make you have a bad time... you probably won't enjoy PKD's writing. “Second Variety” uses this in combination with ideas of the contemporaneous Cold War to create one of my favorite stories in the whole collection. “The Electric Ant” and “We Can Remember It For You Wholesale” round out my top three.

As a reader over half a century removed from its publishing date I find myself hard pressed to determine whether the large cast of female characters in supporting roles are part of the social commentary or just a background hum which undergirds the actions of the male protagonists. Viv in "Oh, to be a Blobell" points to the former, while characters like Kathy in "What the Dead Men Say" leave me unsure as to sexism and suddenly concerned about ableism. I have no reason to think that any of these is less a commentary than any other, especially when a story like "War Game" is very unsubtle in its allegory. 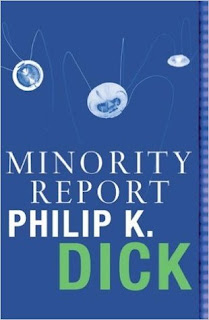