Vicious Spirits doubles down on the series' focus on the messy nature of relationships (family, friends, romance new and long-buried). Full of danger, anguish, and catharsis; with a supernatural core.  A worthy sequel to Wicked Fox; may there be many more.

There’s a mortal/immortal romance with a substantial age gap (at least a century). Their dynamic is full of consent and care, and I really like how it’s handled. The story continues the first book’s theme of establishing and holding healthy boundaries, which includes spending some (or quite a lot) of time in the messy space of trying to figure them out. This creates a story which is deeply concerned with consent, history, kinds of love, and how people navigate these things in their lives. It allows space for mistakes without propping up cruelty, and the overall effect is very cathartic to read. The age gap and its implications are discussed within the text and I think this might be my new favorite treatment of this particular trope. There are also several different portrayals of parent/child relationships, some carrying over from Wicked Fox and some which are newly explored here. I said before that this story is concerned with kinds of love, and that care isn’t limited to romance. It is complex and multi-faceted; familial, platonic, romantic, and probably some more I'm missing. It explores how they go wrong, what it takes to make things go right, and the joy of having someone else’s company.

Quickly running through my normal book two check: I like this as a sequel. It deals with some lingering effects of the first book while still having its own separate storyline, we learn more about people we already knew pretty well while also highlighting some who didn't get much attention in the first book. I don't know if there's going to be more in the series but it feels like there's a lot that could be explored here if the author decides to continue this series (either with these characters or with different ones in the same setting). The story is robust enough to stand on its own, the decision to center characters that were present in Wicked Fox but not POV characters was a smart one, and I think it worked out very well. 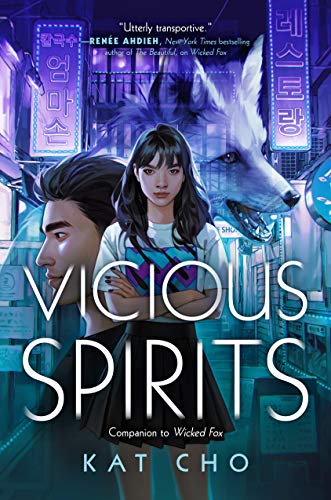