Black Sun by Rebecca Roanhorse (Between Earth and Sky, #1)

In the holy city of Tova, the winter solstice is usually a time for celebration and renewal, but this year it coincides with a solar eclipse, a rare celestial event proscribed by the Sun Priest as an unbalancing of the world.

Meanwhile, a ship launches from a distant city bound for Tova and set to arrive on the solstice. The captain of the ship, Xiala, is a disgraced Teek whose song can calm the waters around her as easily as it can warp a man's mind. Her ship carries one passenger. Described as harmless, the passenger, Serapio, is a young man, blind, scarred, and cloaked in destiny. As Xiala well knows, when a man is described as harmless, he usually ends up being a villain.

Crafted with unforgettable characters, Rebecca Roanhorse has created an epic adventure exploring the decadence of power amidst the weight of history and the struggle of individuals swimming against the confines of society and their broken pasts in the most original series debut of the decade.

Black Sun is fantastic and dark, slowly counting down to the fulfillment of an event years in the making. Full of complex relationships and a deep sense of history; interpersonal politics, religious factions, and the (hopeful) fulfillment of prophecy.

The sense of place is beautiful; the descriptions, especially early in the book, are so vivid that it felt like I could walk through many of the spaces in the text. I don’t normally have a good sense of space so it takes some damn good writing to take me there, but this did. The world-building implies complexity early on and then backs up that promise over and over without resorting to info-dumping.

I love the dynamic between Xiala and Serapio, it builds really naturally and is part of some good Big Damn Moments; the kind that make me want to run around and tell everyone about the really awesome thing that just happened; the kind where an emotional arc combines with a spectacular Event in a way that is satisfying on all fronts. The book handles interpersonal relationships in general really well, no two people have the same dynamic with any other two, and that complexity builds to show different sides of people depending on who they're with. That's not unique to this book, but the subtlety of it here is remarkable and was one more thing I loved about it.

The pacing is really good, the timestamp at the beginning of each chapter was very useful and also ominous as it slowly counted down (except for brief forays into the past). It created tension for me as a reader without requiring the action to ramp up for every character (as not all of them had a sense of the deadline).

The political and interpersonal machinations are great, they’re something I generally enjoy that is done really well here. There’s a few points where information is revealed to the reader via one POV character, but we only find out some part of its significance when a different character is made aware of it. It’s the kind of thing that makes the book feel cohesive even as it keep swapping POV characters with each new chapter. The characters have very relatable motives for their actions; generally I understood why the various factions were trying for different goals even though I wasn't rooting for everyone. The book also didn't really pressure me to feel like I need to root for anyone.

I loved the ending and I'm very ready for more in this series whenever it's available. 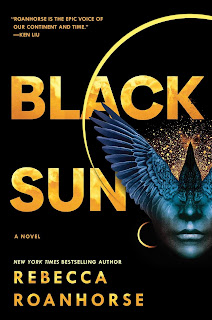