*I received a free review copy in exchange for an honest review of this book.
The Scapegracers is slick like new magic, fitting like a second skin. Gay witches, rural small-town queerness, the anxiety of new friendships, and the terror of being hunted.
The prose hums and clicks, conveying a train of thought without getting sidetracked. It's full of fricatives and phrases begging to be spoken into the air, hurled at the sky. The blend of literal descriptions and visceral metaphors conveys a sense of physicality, of being in a body while magic is in the air and winding through Sideways' skin. It has the teenage friend-group version of "feeling lonely in the middle of a crowd"; capturing a feeling of awkwardness and surprise at being wanted, being invited, being anywhere and having it finally feel right; dreading the possibility that it's all a trick, that anxiety that everyone is just pretending to like her and that they might inexplicably stop.
There's a traumatic event early on (which I won't spoil) and the aftermath affects how they navigate the world throughout the rest of the book. It made that event feel grounded and immediate. It would have been easy to have it kick off the main plot and disappear, but instead it shows up in little ways through to the end of the story, continuing to have emotional impact.
This is one of those where I'm having trouble talking about it without spoilers, but it's full of tiny moments and turns of phrase that just felt right to me. I could always follow the plot but never could predict where it would go next. I loved reading this and I'll definitely read the sequel.
CW for assault.
Books That Burn interview with the author.
Bookshop Affiliate Buy Link 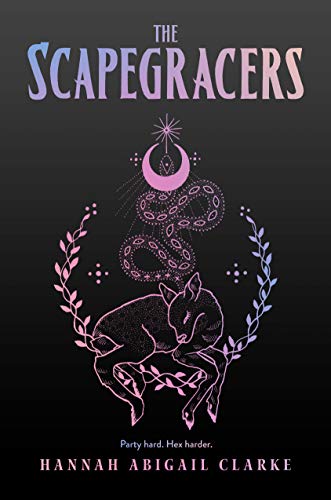