The Last Olympian by Rick Riordan (Percy Jackson and the Olympians, #5)

The Last Olympian ends this series well while opening up the possibility (now fulfilled) of more works in this universe. The twists feel clever and appropriate to the earlier books, the battles are gripping, and I'm not ready for it to be over.

This book accomplishes a very tricky thing (and, frankly, does it quite well): It has to cap off a series which is literally the stuff of gods, have stakes to match, pull off an appropriate resolution, and successfully make the pivot to explain the state of the world after the battle when the prophecy is fulfilled while still leaving room for more books in this universe. Speaking of the prophecy, that is handled well: It feel appropriately tricky in the pattern of mythic prophecies, the resolution defies expectations without feeling cheap, and there's enough groundwork laid in this book to match up the final resolution with the expectation laid by the earlier books. Without spoiling anything, I like how it was handled, and it worked out better than if it had been as was expected based on assumptions made early in the series. This assessment applies to one big thing and several smaller plot points. Tldr: having the twists made it more powerful instead of feeling cheap.

I wasn't expecting to be blown away by this series, but this final book feels better than how it started. I was worried that the casual affect and quippy nature of the main character, Percy, would be grating after a while, but around book three I stopped worrying about it and just enjoyed the story.

I like this book, I would recommend the whole series, and I'll definitely put the other books in this universe in my queue to get to someday. I want to spend more time in this world, and I wish I'd done so sooner.
CW for violence, major character death.
Bookshop Affiliate Buy Link 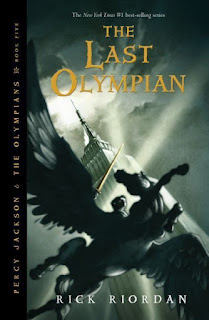