Virtual Vandals wasn't for me. A YA thriller set in 2025, using VR as a setting for shenanigans and espionage, with the pov character singlehandedly confronting a gang who has figured out how to punch in virtual space. Fast-paced, awkward 1990's slang. In fairness, I hear the series gets better. It expects the reader to have a certain level of technological knowledge, and then explains the rest, but we've moved on to have stuff that is often much cooler than what it depicts. It didn't work for me, but I don't think it's bad.
This was a bizarre book for me to read. It was published in the late 1990's, and trying to read and review it in 2020 is pretty trippy. It swings wildly between political screeds about politics set over a century after it was published, and action scenes which never feel dangerous because no one we care about ever is hurt. You can disagree with regards to the opening scene, but my counterpoint would be that the injuries there are on a literally nameless and faceless crowd, plus one person whose name we learned three pages ago. As for the word choice, while I don't begrudge the author failing to anticipate which words would no longer by hyphenated a mere two decades after the book's release (e.g. "on-line"), the thing that totally broke immersion in the story was the constant return to 1990's slang while highlighting that it was specifically slang from over a century ago. There are phrases that we use now that are decades or even centuries old. But, when I, in my normal life, use one of these phrases, it's because they've either remained relevant or returned to relevance in the culture around me. I don't recognize "the bees knees" because I've read a book of early 1900's slang, I recognize it because someone used it around me, and I later learned that it arose in a particular era and stuck because it's evocative.
Word choice aside, I found it difficult to get into this one. Maybe it's just not the right genre for me. In case it's the right genre for you, here goes: Virtual Vandals is a teen power fantasy revolving around computers and being a lot smarter than the adults in the next room. It features descriptions of a navigable virtual-reality landscape that would be more interesting to me if I weren't already familiar with Snow Crash by Neal Stephenson, but since I wouldn't give that particular book to a preteen, I won't begrudge the imagery here too much. The main character is always the best, in a frustratingly smarmy kind of way, and when he's briefly in danger he's the only one who has any good ideas for how to get out of it. One of the conceits is that the antagonists have figured out how to inflict damage with virtual objects, and even that isn't enough to make me worry for the pov character. I found him boring at best and insufferable at worst. There's very little meaningful characterization of the main female character, and most of it revolves around how she appears as an avatar and finally as herself. It was enough to make me uncomfortable, but the problem was mostly a lack of sufficient meaningful information to go along with physical descriptions.
I didn't like it, but I wouldn't try to argue with anyone who does care for it. It doesn't inspire strong positive or negative feelings generally for me, just confusion and the feeling that I'd rather read something else.
Books That Burn podcast episode discussing Virtual Vandals. 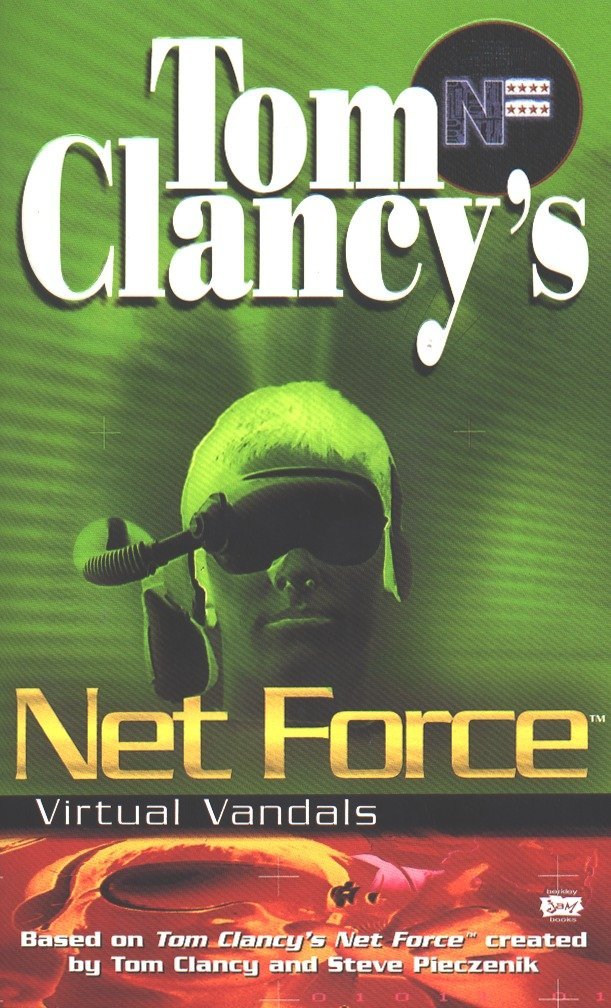