Conviction depicts life after paradigms shift and tragedy strikes. It's about continuing to live, with all the small conversations and interpersonal politics involved therein, even/especially when your new co-workers are from another planet.

It has a winding pace as a budding romance is side-by-side with Todd adjusting to a new life on a spaceship and the new duties of his position, punctuated by very real danger as a group of humans are murderously unhappy about the presence of the Nentraee. The first book, Contact, was about grief and anguish, and this one is driven by remembrance, contemplation, and continuing on as the ones who are still here. The slow pacing is punctuated by terrorists plots, but while a thriller-style book might focus on the plotters, instead there are waves of conversations and clues which slowly build the feeling that something is going wrong, somewhere, and it will need to be fixed, as soon as Todd can figure out how, and get someone to listen. The whole thing has a very bureaucratic feel, conveying the feeling of helplessness and futility that arises from being very sure that there's a problem, but that certain thresholds will need to be met, hoops jumped through, and people convinced, just to get to the stage where we can think about figuring out how to know what's happening.

I love the inter-species romance. It's shy and tender, full of all the awkwardness of a new relationship, including spending a very long time figuring out if the other person is even interested. Their different histories are portrayed as a strength for this new relationship, instead of as a source of tension. It was very calming to have this storyline as an exploration and a fun throughline amidst tragedy. I love the way it's a source of growth and healing for both of them. Any small misunderstandings, once discovered, are dealt with as they arise, rather than festering just to drive the plot or produce conflict.

If book one felt like the first half of something grander, book two feels like it could be enough. If there weren't any more books, I'd understand, but I want there to be. Part of that feeling is that the urgent threat left over from book one is addressed pretty well in book two, and while the layers of conspiracy have room to go deeper, this would be okay as the ending to the story. On the other hand, given how the immediate threat was resolved, there's definitely room for either new dissonance, or for additional layers of plans from the same antagonistic group in a future book. The ending feels more finished than book one (which had a cliffhanger leading into book two), but the in-story plans announced at the end make me want to have more here.
CW for terrorism, death.
Books That Burn interview with the author.
Bookshop Affiliate Buy Link 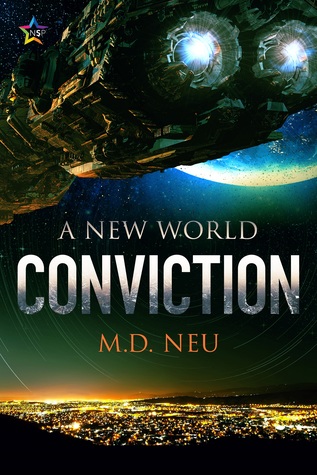