Akata Witch is tiring but good, a book which conveys the miasma of fear, doubt, stress, anger which are part of living with systemic racism. It is about coming of age, gaining confidence, but never forgetting that life is dangerous and everyone will die someday.
This was an incredibly draining book to read. It was great, I definitely recommend it, but the first half to two-thirds of the book conveys how emotionally drained and constantly stymied the main character (Sunny) feels. Even the word "Akata" from the cover is an insult wielded against Sunny and others. Definitely check out this one, but make sure you have the emotional space to be okay if the themes in this book hit you hard.
*CW for racism, sexism, police violence, child death.
Sunny is a Black person and an albino, a person born in America whose parents are from Nigeria but now lives in Nigeria, a person with magic (Leopard Person) in a family of magic-less people (Lambs), a girl who plays a sport which is culturally the domain of boys, almost every facet of her identity viewed by others as being abnormal, having a split, being some "other". She is constantly told she's stupid, she has the next level of knowledge dangled in front of her, but it's rarely enough to please those around her. Her home live is turbulent, filled with verbal abuse from her father and complicity from her mother. She becomes more sure of herself, more competent, but never invincible, never untouchable. Even fairly late in the plot there are still major events which shake her confidence, make her feel lesser than everyone else. The magical realism of the book complicates this feel of "otherness" and isolation, of the shock of suddenly being around people like you but still not quite fitting in.
It would be simple but not sufficient to say that one point of the book is that being a Black person is difficult and dangerous, that those who survive never are free from danger, and that it's frustrating and sad that the word "survive" feels appropriate to describe "living". There are specific discussions of violence against Black people in the USA, specifically of murder by police simply for being Black. It's part of the framing as well as being woven into conversations throughout the book, for the very simple reason that it's a truth that can't be disentangled from some of the characters' lives (specifically Sasha, newly arrived from the USA) without feeling like they have been silenced. It was difficult and draining to read because it conveyed the feelings of fear, emotional turmoil, uncertainty, mistrust, anger, and exhaustion that are part of the character's lives, even when things are mostly going well.
Make room to read this one, if you can.
Bookshop Affiliate Buy Link 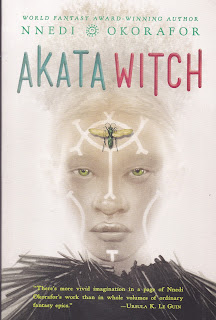