The Lightning Thief by Rick Riordan (Percy Jackson and the Olympians, #1)

The Lightning Thief shows kids trying to be better people than their parents and learning from their mistakes, plus swordfighting and quests. I love the sidestepping of classic portrayals of the greco-roman gods in a way that feels true, but modern.

I'm a sucker for modern interpretations of Medusa, in particular, so I really liked this one. Ares was particularly good as a modern update, and the way that the villainous plan was just hurt, but not stopped, was a good choice for book one. There's more to do, and a lot more to this world, but this is a great intro.

The pen/sword weapon is a nice touch, both useful to Percy and a great play on words. I like how the Mist is established, it's enough of a hand-wave to let the action keep going but the story doesn't rely on it too heavily. Something that pervasive and powerful needs to be consistent in its effects but not consistently helpful nor harmful, and I think this landed that balance. 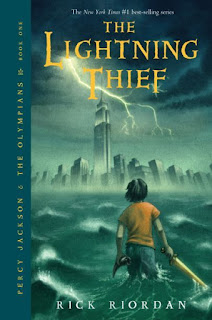