Soul of the Fire by Terry Goodkind (Sword of Truth, #5)

Richard Rahl has traveled far from his roots as a simple woods guide. Emperor of the D'Haran Empire, war wizard, the Seeker of Truth—none of these roles mean as much to him as his newest: husband to his beloved Kahlan Amnell, Mother Confessor of the Midlands.

But their wedding is the key that unlocks a spell sealed away long ago in a faraway country. Now a deadly power pours forth that threatens to turn the world into a lifeless waste.

Separated from the Sword of Truth and stripped of their magic, Richard and Kahlan must journey across the Midlands to discover a dark secret from the past and a trap that could tear them apart forever. For their fate has become inextricably entwined with that of the Midlands—and there's no place so dangerous as a world without magic...

Soul of the Fire is the kind of bad that happens when someone who hasn't ever listened to what other people think decides to write a story with more than one character. It's sexist, full of colonialist attitudes about indigenous people, and excuses for genocide (depending on who is doing the killing).

I should disclaim that I started with this book, fifth in the series, and the constant barrage of infodumps and backstory ensured I wasn't ever lost, just angry and exasperated. I hesitate to call Richard the point-of-view character because in the early sections this book rotates perspectives so rapidly without demarcation that it felt like the author was rolling dice to see whose thoughts we'd be listening to in each successive paragraph. That eventually settles down so that we mostly follow his new bride, Kahlan, but almost all of what she does is narrate what Richard is doing, so he’s nearly the pov character anyway. When she is on her own, her thoughts bend endlessly towards him. After several hundred pages we start following other characters in a different country (Anderith) and it takes until the final third of the book before these storylines meet. This wouldn't be a problem, except that the time spent in Anderith isn't balanced with the rest of the text. There's so much time spent there that some of the characters in Anderith feel more like main characters than Richard and his companions, but when they ultimately meet up he completely dismisses them, they're merely obstacles to his strategic goals.

Richard is a Mary Sue; good at absolutely everything he attempts, except that no one seems able to express the frustration that bubbles beneath their praise of his effortless prowess. There are little hints of it in the text, but they don't go anywhere because even when they express their frustration to Richard he tells then why they're wrong. Even the "strong" female characters constantly in his orbit oscillate between 1) asserting their individuality and genuine expertise or prowess and 2) fawning over Richard in a manner that is flirty but without any of the fun of good flirting.
The author must have once heard the maxim, “show, don’t tell” and decided it was clearly better to always do both. This, when combined with the simplest of essay structures (tell ‘em what you’ll tell ‘em, tell ‘em, then tell ‘em what you told ‘em) seems to guide most of the narrative style. There’s no chance to infer anything because everything is sloppily foreshadowed, then experienced, then immediately explained (often in the very next sentence). It deflates all tension immediately, preventing most circumstances from being dramatic enough to be interesting.

The word choice is flat and repetitive. While occasionally there are some genuinely interesting turns of phrase, they stand out out mostly because the rest of the prose is so dull. Most of the pithy sayings are just deepities, sounding profound but ultimately meaningless and unhelpful. The book also has a disturbing tendency for the prose and pacing to get noticeably better (but still not great) right before scenes with violence against against women.

You can portray cruel systems and terrible characters, but when the main character of the series justifies actions which are nearly or more horrific as the supposed villain(s) by saying it's fine because it's him... that's a problem. It changes from portraying toxic characteristics to endorsing them, and the overall result was sickening to read. If I were reading this for pleasure instead of as a reviewer I would have stopped after page eleven.

*The review continues after the CWs and links* 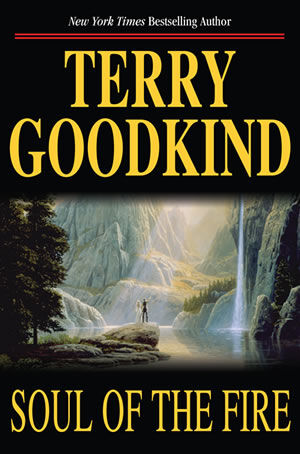 ***Past this point I’m discussing the racist, sexist, transphobic, and colonialist content in more detail, so please stop here if you need to. This part contains minor spoilers.***

The first time there was a genuine moment of excellent pacing, it was intense, the prose was decent (but still not amazing) there was well-done tension leading up to a reveal that would be either agonizing or shocking, depending on whether you understand the lead-up... and it was a sexual assault scene. It’s frustrating because clearly the author is capable of pretty good writing when he’s interested in the subject. If this level of prose have been deployed in the rest of the book then it would have been a better book. I don’t know if that would be enough for me to like it, but still, a better written book. I slowly realized that this wasn’t a one-off in the text; there was a disturbing trend that the prose and pacing would improve in the sections leading up to an instance of violence against a woman, sexual or otherwise. It creates a kind of twisted desire to get to more of these sections because the writing is so bad everywhere else that suddenly encountering better-written chapters was a relief at first, until I realized the pattern.

This book does not understand consent, and it antes up by confusing polyamory (and/or consensual non-monogamy) with cheating. Part of the plot revolves around how many wives Richard has, and it turns out that more that one of his marriages involves a lack of consent. A major subplot involves Richard figuring out how to live with two wives, one of whom has declared herself his wife according to her people's customs. Since the supposed marriage happened in a previous book I can't comment on how much he knew at the time, but the way he treats her now is that he is indulging her misunderstanding and trying not to be rude since she thinks they're married. It's both dismissive of the polyamorous nature of her culture and (if he really didn't know they were getting married) means he's forced into a relationship to which he did not consent. In Anderith, the Ander hierarchy among the nobility is built on relationships cultivated through infidelity (often with both parties in the marriage having other sexual partners). The main Ander pov character views it as immoral, but if all the relationships are consensual then it shouldn't be a problem. Except, we know not all the relationships are consensual, because Haken women are routinely assaulted under this system, and the Ander wives don't count it because they're "just Haken". There are a few instances of genuine infidelity, but by the time we learn of them the whole morass of cheating vs consensual non-monogamy vs rape is hopelessly tangled. This combines to treat genuine consent as cheating, rape as nothing, and forced marriage as just something to get over and adjust to.

The way genocide is portrayed is troubling, partly because when describing nearly-identical events one is treated as proof of villainy and one is treated as heroic and proof of virtue. In the same discussion, the background villain of the book is described as villainous because of how many people his army killed, and then that is immediately followed by Richard explaining that that's why his army had to slaughter all of them and leave no survivors. It treats one slaughter as terrible and then treats a slaughter of nearly identical scale as evidence of heroism.

As for racism and colonialism: The “Mud People” are a bundle of stereotypes usually lumped in under “the noble savage”, where they are simple and the protagonist (Richard) is their “hero”, even though he’s so self-centered that he’s lived with them for months and never bothered to learn a word of their language. The Haken are lifted straight out of the pre-Civil War plantation system of the American South, complete with a literacy ban, forced religious conversion, and constant indoctrination. I spent a long time trying to figure out whether the author is utilizing tropes and I just don't like the combination or if it's just bad writing. I've come down on the side of bad writing, but really, in a book this toxic, I don't think it matters. You can portray sexism, colonialism, racism, and problematic hierarchies (patriarchy, in this case), but when the the main character is just differently sexist and racist than the supposed villains it becomes a book with nothing good to say.